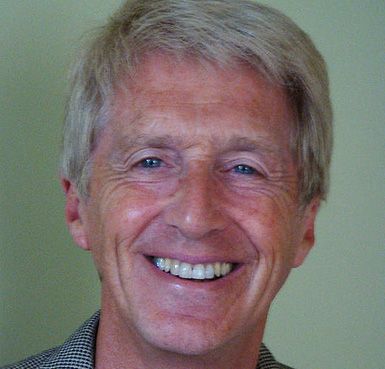 Dr Howard Chilton has been a neonatologist (a baby’s physician) for over 35 years.

He was born in York, England and was breastfed. This experience he apparently enjoyed, however it ceased soon after he developed enough teeth to cause nipple damage.

Educated in a classic British all boys public school, deep in the English countryside, he pursued his studies as well as rock climbing and acting and tried to keep warm. He then went on to St Mary’s Hospital Medical School in London. After wonderful years in London in the swinging sixties he graduated and thought he might become an adult physician … after he learned to surf.

Hence he pursued intern training at Addington Hospital on the beach in Durban, South Africa, as a registrar in adult medicine. The surf was great but his surfing was not. Following this, merely to broaden his experience, he was accepted for a Senior House Physician appointment in Neonatal Medicine at Harari Hospital in Salisbury Rhodesia (now Harare, Zimbabwe).

This job was the turning point of his life. Within three days of starting on the neonatal ward with the little African babies he was smitten and knew that he was doomed to spend the rest of his life crouching over cots, during long sleepless nights.

Head of the Department was Prof Jack Wolfsdorf, who had recently completed a neonatal fellowship at Johns Hopkins Hospital, Baltimore under Prof Mary Ellen Avery, the doyen of Neonatal Medicine. Though Jack was now in a totally different medical environment, of malnutrition and little technology, he nevertheless maintained rigorous standards and high-level training. Howard responded wholeheartedly and following this job returned to the UK for further neonatal training.

He then obtained paediatric appointments at the Hammersmith Hospital and the Westminster Children’s Hospital, then, after obtaining his MRCP (UK) degree, the John Radcliffe Hospital, Oxford where he also did a short fellowship.

After a brief working holiday to check out Australia, he became a SHO at the Hospital for Sick Children, Great Ormond Street, London in the Department of Respiratory Medicine.

The decision of where to do the mandatory Neonatal Fellowship in the US was an easy one. The snow beckoned and he was accepted for a two-year fellowship at Denver Children’s Hospital.

Before starting though, he had a long stopover in Sydney doing locum Respiratory and Paediatric jobs, to check out job prospects. During one job at Prince Henry Hospital he met a beautiful nursing sister called Tamara. He obtained a smile and her phone number but soon after had to leave for Denver.

Here, his neonatal training went up a gear. Two years in a center of excellence in high tech neonatology including doing neonatal ground and air retrievals, really taught him how to look after the sickest, smallest babies.

At the end of the two years, the Director of Newborn Services appointment became vacant at the Royal Hospital for Women in Sydney, and Howard was appointed.  He held this position for over twenty years, resigning in 1999 to concentrate on clinical work and parent education. Apart from looking after babies and their parents, Howard now spends a lot of his time talking:  to parent groups,  or to conferences in Australia and overseas, and to media outlets about ‘responsive parenting’ and the myriad issues which arise for parents when they take their new baby home. He believes knowledge of the biology of the baby can help parents understand and meet their baby’s needs and enables them to relax and enjoy the wonderful experience of parenting.

He married Tamara soon after arriving back in Sydney from the USA and she remains the light of his life. They have two daughters, Georgina and Isabella. They, in turn, have added five grandchildren, all under 5 years of age, to the family. His daughters of course receive a large amount of wise advice (but only when they ask!).

As his engagement with high-level Intensive Care diminished so he was able to spend more time with his central passion: parent education and what he terms “reassurology”. He believes passionately that by helping parents understand their baby’s needs so this leads to an enhancement of parental attachment and hence the optimisation of babies’ emotional development.

On this subject, he holds a talk/Q & A session each week at the Royal Hospital for Women (3rd Floor main room, between the two postnatal wards, every Thursday 10.15 – 11.30am. All parents,
grandparents, or passersby are welcome).

He continues to work clinically at the Prince of Wales Private Hospital, Royal Hospital for
Women and Sydney Children’s Hospital.

He has written a number of books on the subject, “The New Baby Book”, “Babies From Top to Bottom” and Baby on Board. The fourth edition of this popular baby book, Baby on Board has just been released in 2020. The eBook from Apple’s iTunes, Amazon and Kobobooks was released at the same time.

In August 2014 Your Cherished Baby was published by Pan Macmillan Australia. This book discusses many aspects of parenting babies up to 2 years of age including sleeping issues, feeding spoon foods, play, and toddlerhood. It lays out the reasons to nurture and hold your babies close during these vital early formative years. It is available at all bookshops and on-line.